Unraveling great storytelling in books for children and young adults

This week, Storythreads takes to the stars with a review of Joshua S. Levy‘s funny, fast-paced middle grade sci-fi adventure, Seventh Grade vs. the Galaxy.

PSS 118 is just your typical school—except that it’s a rickety old spaceship orbiting Jupiter. When the school is mysteriously attacked, thirteen-year-old Jack receives a cryptic message from his father (the school’s recently-fired-for-tinkering-with-the-ship science teacher). Amidst the chaos, Jack discovers that his dad has built humanity’s first light-speed engine—and given Jack control of it. To save the ship, Jack catapults it hundreds of light-years away and right into the clutches of the first aliens humans have ever seen. School hasn’t just gotten out: it’s gone clear across the galaxy. And now it’s up to Jack and his friends to get everyone home.

I surged through this book, not quite at light speed, but at a very quick clip! It’s hard to put down and full of laughs in a way that should appeal to Percy Jackson fans. The trio of main characters–Jack, Ari, and Becka–have a fun dynamic. I got a Harry-Ron-Hermione vibe from these three, but imagine if Harry’s dad was an eccentric ex-teacher,  Ron was a master coder, and Hermione’s solution to every problem (not just Malfoy) involved her fists!

Indeed, the novel brims with plenty of nods to nerd culture, including Harry Potter and Dr. Who. (Also, the kids are all named after geographic locations–Jacksonville, Arizona, and Beckenham–which was a great way to connect them to Earth, even though they’ve grown up on Ganymede, one of Jupiter’s moons.)

I appreciated the respect that Jack and his friends earn from the adults in the story as they manage to give their schoolmates a fighting chance to escape maniacal aliens. Although I wondered if a few of their outer-space escapades went a bit too smoothly, Levy definitely leaves room to escalate the conflict further in potential sequels. And throughout the novel, the author’s belief in the importance of education and kids’ ability to tackle problems of galactic proportions genuinely shines through.

A lot of the novel’s humor comes through the contrast of impressive future technologies alongside a typical, run-down, kind-of-smelly public school. Android chefs, it turns out, do not improve cafeteria food. And while 3-D printing pencils full of nano-robots are awesome, there’s still plenty of age-old adolescent troubles to deal with, from embarrassing crushes to boring assemblies.

On the whole, Levy creates a world that is both futuristic and familiar. I certainly hope there are sequels in the works, as I would love to see the depth of this world, the complexity of the plot, and the relationships of the characters continue to expand (like the universe)! 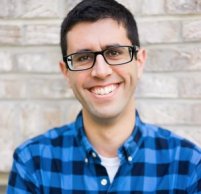 Joshua S. Levy was born and raised in Florida. After teaching middle school (yes, including seventh grade) for a little while, he went to law school. He lives with his wife and children in New Jersey, where he practices as a lawyer. Unfortunately, outer space doesn’t come up in court nearly as often as he’d like. SEVENTH GRADE VS. THE GALAXY is his first novel.

Thank you to Thomas Allen and Son for providing me with a copy of the novel in exchange for an honest review! 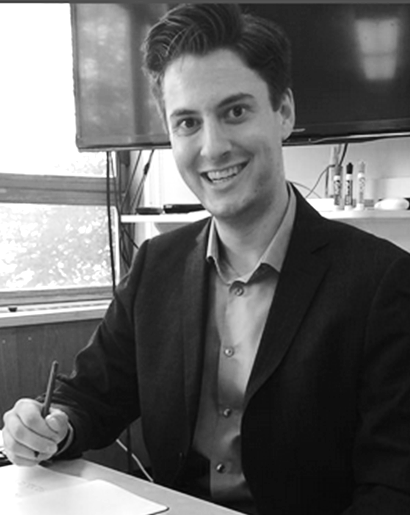 Hi, I’m Russell! I love books for kids and teens–especially fantasy! When not reading or writing, I like tying knots, talking with pizza boxes, and watching Canadian football.

Check out my main site:
russellfhirsch.com