Unraveling great storytelling in books for children and young adults

Last month, master storyteller Philip Pullman, published The Book of Dust: La Belle Sauvage, marking a return to the world of His Dark Materials two decades after the original trilogy was published.

Pullman’s books are often discussed alongside other British fantasy classics like Harry Potter, The Hobbit, and The Chronicles of Narnia. But Pullman himself loathes that last comparison. If he had a shape-shifting daemon like his protagonist Lyra, it would be all bristling fur and barred teeth if it heard His Dark Materials and Narnia equated.

The reason? Religion—specifically the contrasting views Pullman and Narnia author C.S. Lewis hold on Christianity. It has made for a feud of literary heavyweights. (Of course, Lewis who died in 1963, is not around to defend himself, but many booklovers, conservatives, and evangelicals have.)

Although each book features young protagonists—especially girls, Lucy and Lyra—who move between worlds, aided and attacked by both animals and divine beings, the ideological rift runs deep.

It all began in 1998, amid celebrations of the centenary of Lewis’ birth. Pullman, who did not feel like partying, wrote an infamous article in The Guardian called “The Dark Side of Narnia,” where he calls the Christian themes in Lewis’ books “propaganda in the service of a life-hating ideology […] Death is better than life; boys are better than girls; light-coloured people are better than dark-coloured people; and so on. There is no shortage of such nauseating drivel in Narnia, if you can face it.” 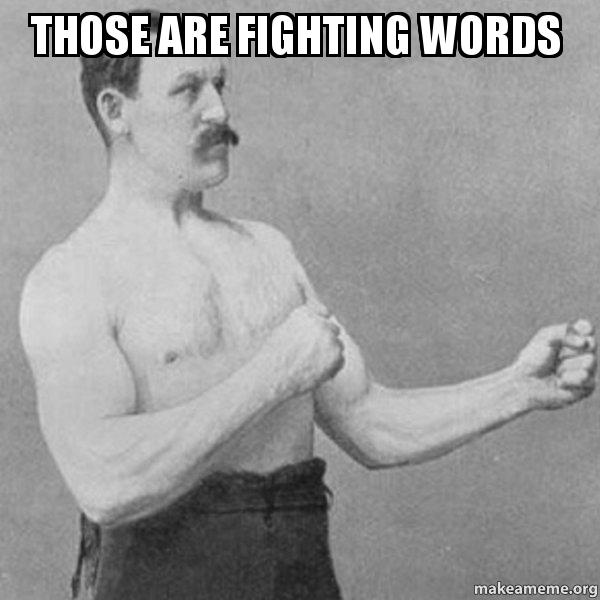 C.S. Lewis, besides authoring the beloved Narnia books, was a renowned Christian apologist and he not-so-subtly inserted Christian themes into his work. In fact, a few years before his death, he detailed that mission in a letter to a young fan, saying:

The whole Narnian story is about Christ. That is to say, I asked myself ‘Supposing that there really was a world like Narnia and supposing it had (like our world) gone wrong and supposing Christ wanted to go into that world and save it (as He did ours), what might have happened?’ The stories are my answers.

(From Walter Hooper’s C.S. Lewis: A Companion and Guide)

Lewis believed literally in Christian episodes like the Temptation, Fall from Grace, and Redemption of humanity, and his novels reimagine such episodes in a Narnian setting. He explicitly described that too:

The Magician’s Nephew tells the Creation and how evil entered Narnia.
The Lion, the Witch and the Wardrobe, the Crucifixion and Resurrection.
Prince Caspian, restoration of the true religion after corruption.
The Horse and His Boy, the calling and conversion of a heathen.
The Voyage of the Dawn Treader, the spiritual life (especially in Reepicheep).
The Silver Chair, the continuing war with the powers of darkness.
The Last Battle, the coming of the Antichrist (the Ape), the end of the world and the Last Judgment.

Aslan the Lion, Lewis’ Narnian Christ figure, plays a prominent part in the series, dying and rising to save Narnia in the second book, and passing Final Judgement at the apocalypse in The Last Battle. Aslan is God and He is presented as the embodiment of all good.

In His Dark Materials, Philip Pullman also re-envisions a number of scenes from Christian lore, especially the Temptation and Fall from Grace; according to a prophecy, the protagonist Lyra is a second Eve. But Pullman flips the usual script by portraying Lyra’s fall (when she hits puberty and discovers sex and love) as a positive, life-affirming event.

Far from Aslan’s righteous and dignified nature, Pullman portrays God as a decrepit tyrant and imposter creator, in desperate need of an overthrow.

The finales of each series further drive home the difference: In Lewis’ The Last Battle, the protagonists die and ascend to “Aslan’s real world,” a heavenly paradise, portrayed as far more desirable than the “Shadowlands” of Narnia or our own world.

Pullman, on the other hand, finishes The Amber Spyglass (the last book in His Dark Materials) with his heroine Lyra encouraging everyone to build a “Republic of Heaven” here on earth, saying :

We shouldn’t live as if [the Kingdom of Heaven] mattered more than this life in this world, because where we are is always the most important place.

Want to delve deeper into the divide? Check out:

Or accounts of Pullman vs. Lewis in: The New Yorker, The Atlantic, The Telegraph, and The Spectator

Most of these articles date from the early 2000s, shortly after Pullman finished His Dark Materials but now that he’s writing about that world once more, the gloves might come off again!

One thought on “Pullman vs. Lewis: the Fantastical Frenemies”

Hi, I’m Russell! I love books for kids and teens–especially fantasy! When not reading or writing, I like tying knots, talking with pizza boxes, and watching Canadian football.

Check out my main site:
russellfhirsch.com